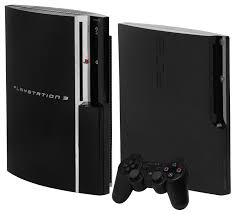 In many cases, a video game console system has an expired warranty and crashes. At Trusted Relations, the owner has repaired over 1,000 video game console systems since age 17, with an astounding 9 years of experience in this field. Our repair portfolio includes; Xbox 360′s, Playstation 2′s and 3′s, Wii’s, PSP’s, and Nintendo DS’s and most recently includes; Xbox One’s and Playstation 4′s. Competitors claim to repair the “Xbox 360 Red Ring Of Death (RROD)” and the Playstation 3 “Yellow Light Of Death (YLOD).” However, the proper equipment is most often not used. Trusted Relations utilizes a professional SMD rework station known as an “Aoyue 968” to conduct the repairs, the correct way, restoring your video game console to the proper standards.

We use genuine common replacement parts such as lasers and disc trays. In addition, a high quality arctic silver thermal compound is utilized to prevent the problem from returning in the future. Dust buildup is the main killer of these systems.(Pictured left a PS3 we worked on) Since the “no video” and error light codes are very often caused by solder joint cracks under the chips on the system’s motherboards, heat dissipation is an important factor to consider so on top of everything we also clean the interior of the systems as a courtesy to our customers.

Even if the repairs require chip level soldering we are proud to be the only place in Connecticut that offers this caliber of skill level and dedication to getting you playing your favorite games again!

Video Game System Repairs include all hardware and software issues that can be experienced, even with the newer systems XBOX ONE, as well as Playstation 4’s

-Wii not reading Disks and not powering on